The History of Smiling in Photos 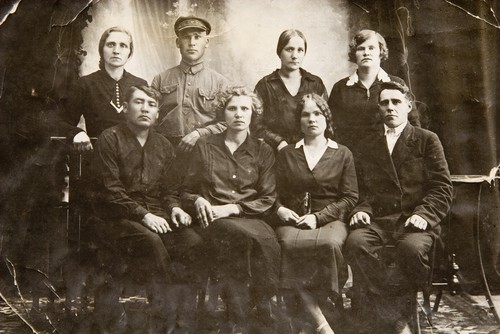 If you’ve ever seen an old photograph of family members, or a black and and white picture from way way back, you probably noticed how not a single person is smiling. Not even the slightest crack of a grin. Just stoic, expressionless faces. At my Colonia dental office, we’re in the business of smiles, and when people aren’t smiling, we want to know why. So we did a little digging and found a few reasons behind the smileless photos of the past.

There are several theories behind why people didn’t smile in photographs. One of the possible explanations is the rarity of having your picture taken. It’s difficult for us to understand that once upon a time, photographs were rare, expensive, and not readily available. Many times photos were taken in planned portrait sessions. It’s often believed that these sessions were incredibly formal, and appropriate behavior was to act serious, hence the lack of grins.

It Took SO Long.

Now it’s nothing to snap a picture with our phones without thinking. It’s easy, instantaneous, and we can freeze time in less than a second. However, this wasn’t always the case. The first picture ever snapped took eight hours to expose. It’d be impossible for a human to sit still for eight whole hours, let alone hold a smile that long. Even thirteen years later in 1839, it still took fifteen minutes. Technological limitations made it uncomfortable, if not impossible, to smile in photos.

Even if the technology was there to snap quicker pictures, we still may not have any photographs of our ancestors actually smiling. Dental care was limited and oral hygiene wasn’t so great. The cure for decay was to pull the tooth, so not only did people had pretty terrible teeth, they may have had a limited number of them too. Chances are, even if it was possible for them to smile in photos, they still would have chosen to hide their teeth.

There are millions of pictures taken every day. Thanks to technological advancements, we can even delete the ones we don’t like and immediately try again. The ease and affordability of snapping photos makes it less of a formality and much more of a fun, memory preserving activity. This alone helps people smile wide. However, we still see pictures of people hiding their grins.

Unfortunately, there are still a lot of people who are unhappy with the way their smiles look despite all the advancements in dentistry. If you’re one of them, we encourage you to call my dental office in Colonia to schedule an appointment. We offer multiple forms of cosmetic and restorative dentistry that can transform your smile into something you’re proud to show off. Call us today to find out how we can help.
Welcoming patients from Colonia, Avenel, Rahway. 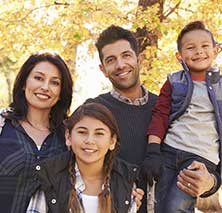 Everyone knows that your bi-annual visits to the dentist help get your teeth squeaky clean. After all,... Read More...
We Look Forward To Meeting You!