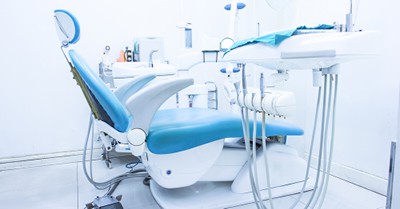 The type of dentistry we practice at my dental office in Colonia, that ensures comfort, oral health, and overall wellbeing, wasn’t always the norm. If we go back a few years, a mere 9,000, we find some extraordinarily crazy beliefs, wild practices, and a dental philosophy that’s much different from today’s standard.

Ancient forms of dental care didn’t revolve around prevention, and treatment actually only occurred after a problem already developed. In years past, dentists and doctors didn’t know how to properly treat tooth pain, and they didn’t know what exactly caused a toothache.

There’s a Worm in Your Tooth

In 5000 BC, the Sumerians accredited tooth pain to the legendary tooth worm, a myth that was widely accepted until the 1700s. The story of the tooth worm was that tiny worms bored into the tooth and destroyed it from the inside out, causing a lot of pain. To treat it, some practitioners would either extract the tooth or mistake the actual tooth root as a worm and pull it out. Talk about painful.

It’s All Greek to Me

In ancient Greece, throughout 500-300 BC, Hippocrates and Aristotle began to study teeth. The famous, intelligent duo not only studied how teeth grew in, but also how to treat decay and gum disease, and how to extract teeth using forceps. What’s perhaps even more interesting is that 1,000 years later, during the Middle Ages, those actually performing the extractions were not dentists, but barbers.

A Dentist is Born

It wasn’t until between 1650 and 1800 that modern dentistry practices, treatments, and knowledge came into play. Credited as “The Father of Modern Dentistry,” 17th century French physician Pierre Fauchard not only spearheaded the development of many of the procedures we use today, he also developed the process for dental fillings and determined the connection between sugar and tooth decay. Because of his discoveries, the first dental college opened in Baltimore in 1840 and dentistry became a recognized profession.

Dentistry has surely changed throughout the years, thankfully for the better — and less painful, primitive, and worm-infested. Yet without the innovations and dedication of those who came before us, the treatments offered at my Colonia dental office wouldn’t be available. Additionally, thanks to the advancements in dental technology and continuing education, we’re able to provide our patients with the services they deserve, and do it comfortably. 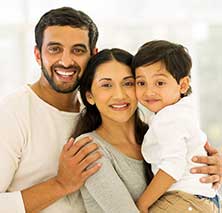 When someone is missing a tooth or two, they may find themselves shying away from smiling and even avoiding... Read More...
We Look Forward To Meeting You!